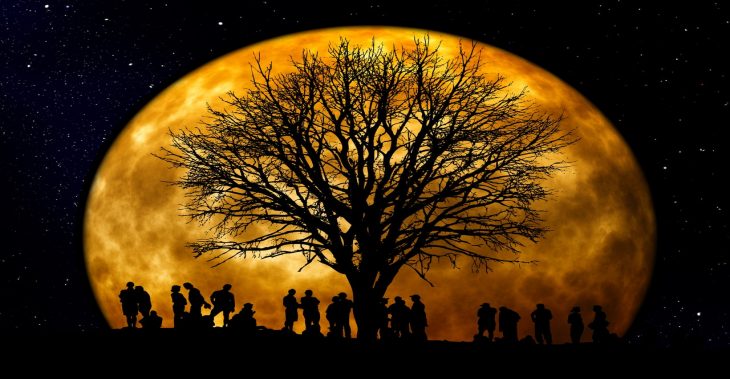 We inherit our memories from our ancestors

Do you have a fear of spiders? Maybe snakes? It could be your ancestors trying to tell you something. Recent studies have provided evidence that memories of fear are one of many things our forebearers pass down to us through our DNA.

A 2013 study from Emory University found that mice trained to fear a specific odor would pass their emotions on to their offspring and future generations. Scientists applied electric shocks to mice as they exposed them to the smell of cherry blossoms. The mice then bred, and both the children and grandchildren of the affected rodents demonstrated a fear of cherry blossoms the first time they smelled them.

“Our results allow us to appreciate how the experiences of a parent, before even conceiving offspring, markedly influence both structure and function in the nervous system of subsequent generations,” Dr. Brian Dias of the Emory University department of psychiatry said to the Daily Telegraph. “Such a phenomenon may contribute to the etiology and potential intergenerational transmission of risk for neuropsychiatric disorders such as phobias, anxiety and post-traumatic stress disorder.”

The study went beyond just observing a fear reaction. Scientists actually looked at the brains of the animals and found physical changes in the areas that process odors, and also found a marker on the odor gene of the mouse DNA.

The experiment worked even when the researchers used artificial insemination in place of allowing the mice to breed naturally. The scientists still aren’t sure how the fear imprint makes it into the sperm — whether the smell itself passes through the blood, or the brain processes the odor and sends its own signal.

“It is high time public health researchers took human transgenerational responses seriously,” Prof Marcus Pembrey, from University College London said to the BBC. “I suspect we will not understand the rise in neuropsychiatric disorders or obesity, diabetes and metabolic disruptions generally without taking a multigenerational approach.”

Humans have long sought to understand memory and heredity, nature vs. nurture and how much information parents actually transmit to their children. The nature study is another step toward answering our questions about exactly what, and how much of our forebearers’ experiences get passed down through DNA.

There is already a growing body of research about how humans and other animals inherit fear from their ancestors. A study published in the Proceedings of the National Academy of Sciences in 2013 found that primates’ brains are uniquely tuned to recognize snakes, suggesting that we gained an innate fear of the reptiles over the course of our evolutionary development. A 2011 study in Current Directions in Psychological Science found that human infants aren’t necessarily afraid of snakes from birth, but they learn to fear them more quickly than they learn to fear other more innocuous stimuli like flowers and rabbits.

“What we’re suggesting is that we have these biases to detect things like snakes and spiders really quickly, and to associate them with things that are yucky or bad, like a fearful voice,” study co-author Vanessa LoBue of Rutgers University said in a press release. The research built on previous work by LoBue and her team that showed that people were able to identify snakes and spiders more quickly than other animals and objects. There’s even evidence that primates actually developed large brains and keen eyesight as a defense measure to avoid falling prey to snakes.

The (real) reason we should all meditate